The Kalypso Media Group is a privately owned, global, independent developer and publisher of interactive entertainment software with more than 170 employees worldwide, operating from a total of ten offices across Germany, the United Kingdom, France, Japan and the United States.

Furthermore, the group owns four development studios – Realmforge Studios, Claymore Game Studios and Gaming Minds Studios, and Nine Worlds Studios – to secure a constant supply of high quality games, and works with multiple leading independent developers. With the acquisition of a majority stake in the French Bulwark Studios by Kasedo Games and the new foundation of Nine Worlds Studios in 2021, Kalypso Media now unites a total of 5 development studios in the group of companies. 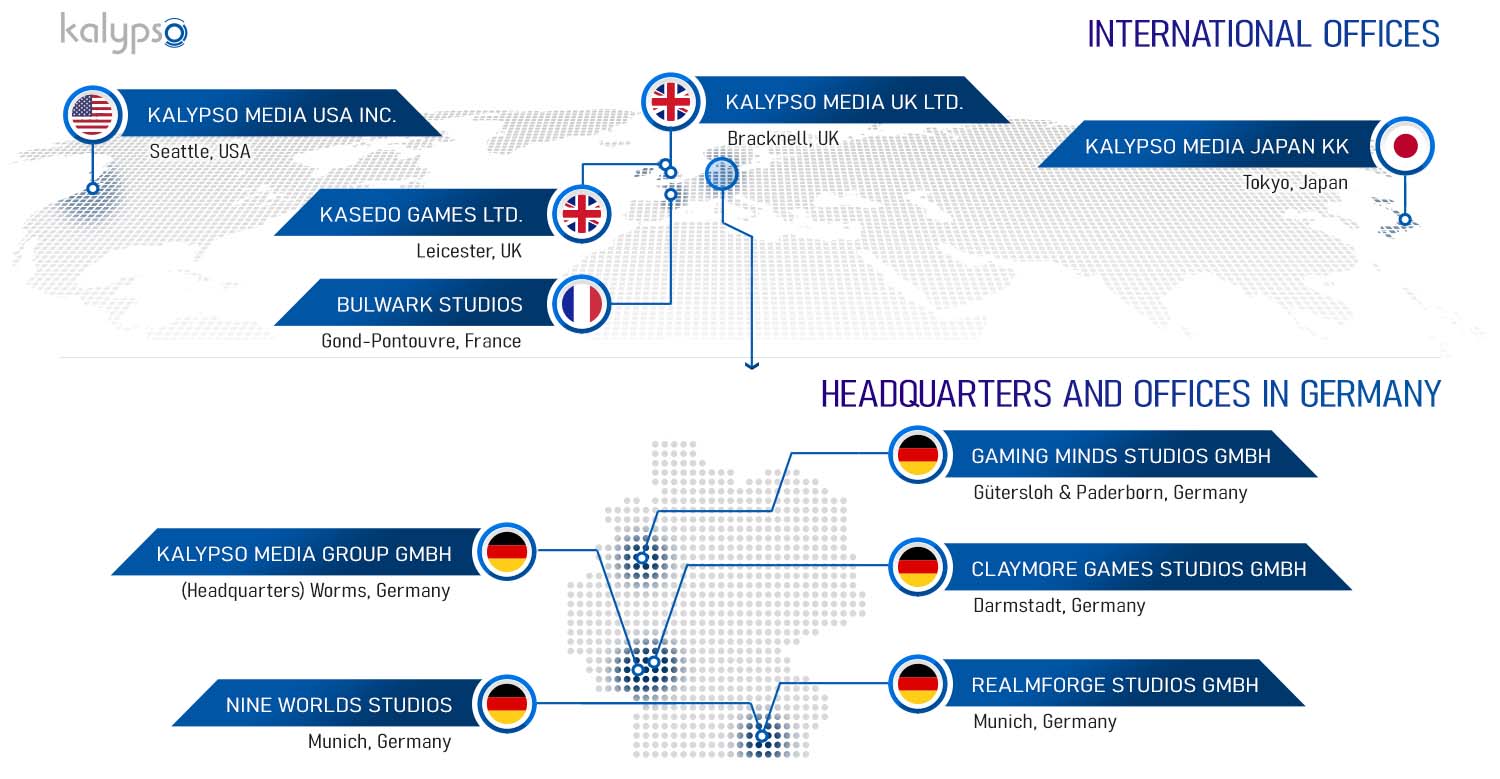 The launch of the PC version of Tropico 6, released in March 2019, was the largest launch in the company's history. Specializing in developing strategy games for a global audience on all modern platforms, Kalypso Media's IP portfolio includes the full rights to the Tropico series, Commandos, Port Royale, Dungeons, Sudden Strike, Railway Empire, and others.