We're in the Endgame Now... 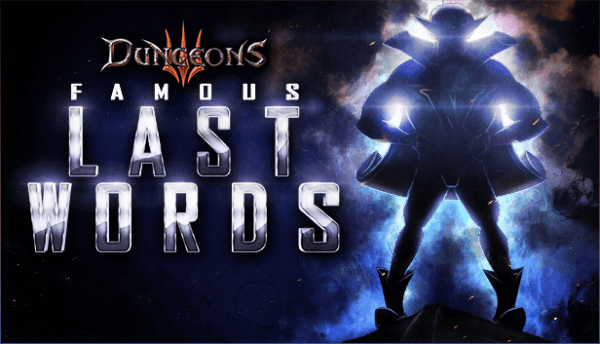 In the new DLC, the Dungeon Lord finds itself with absolutely nothing Good left to conquer. With no paladins, queens or goddesses left to defeat, what’s an overlord to do? Just as the Bored-to-Death Evil contemplates hanging up his armour and plundering the as-yet unconquered depths of its own nose, a heated discussion suddenly erupts between the Absolute Evil’s trusted lieutenant Thalya and…the narrator!? Who will emerge victorious when these two set out to prove themselves the ultimate warrior on the battlefield?

Famous Last Words features a new, fully-voiced campaign set across three challenging new maps, and a brand-new boss character – the notorious Narrator, who is backed up by a new creepy type – the dreaded Pen Pushers, equipped with their vicious, needle-pointed writing implements. Both the Narrator and the Pen Pushers will also be available in skirmish missions, as well as the new campaign.

A trailer for the new DLC is available below: 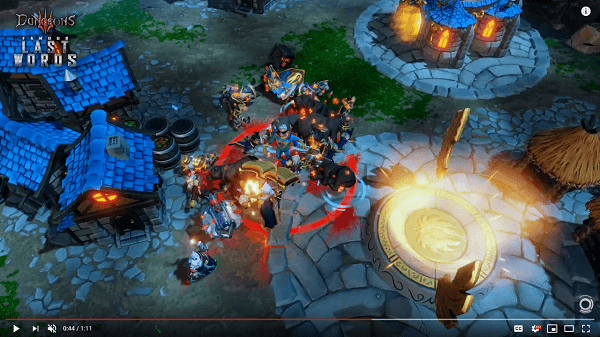