The game is available in two versions, a Standard Edition consisting of the base game and beta access, and an Extended Edition which adds in-game items and a digital soundtrack into the mix for the true donut-shaped-space-station aficionado.

The beta is available for Windows PC, in English and German, and offers an impressive amount of replay value, including three tutorial maps, three singleplayer missions and an early version of Skirmish mode with randomized parameters, 15 rooms and five tech tree levels. More content will be added as part of regular updates in the lead-up to the game's full release.

Spacebase Startopia is set to launch on October 23rd 2020 on Windows PC, Mac, Linux, PlayStation®4 and Xbox One, with the Nintendo Switch version to follow in 2021. 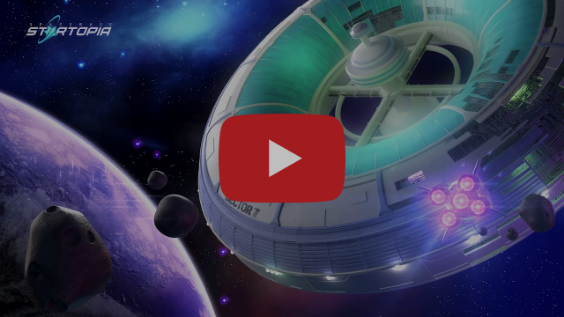 Exclusive Developer-Livestream Today!
Those looking for even more Spacebase Startopia goodness can tune in to the Kalypso Media Twitch channel from 1pm EST this afternoon for an exclusive livestream hosted by Realmforge Studios' Florian Delank.

In Spacebase Startopia, players will carve out their own little space in the universe, ready to become a galactic utopia – if your management skills are up to the task. With three different game modes and a vast amount of management decisions to be made under the watchful eye of the VAL, the station’s sardonic AI, there’s plenty of in-depth gameplay waiting for new and seasoned players alike. But beware of invading space pirates, who will do their best to ruin your carefully laid plans!

Spacebase Startopia offers a constant stream of challenging and addictive objectives to be completed, served up with the distinctive humour and sharp writing that developer Realmforge Studios is known for. Just ask VAL if you don’t believe us! But, uh – ask nicely.