First DLC for Tropico 6 'The Llama of Wall Street' out now! 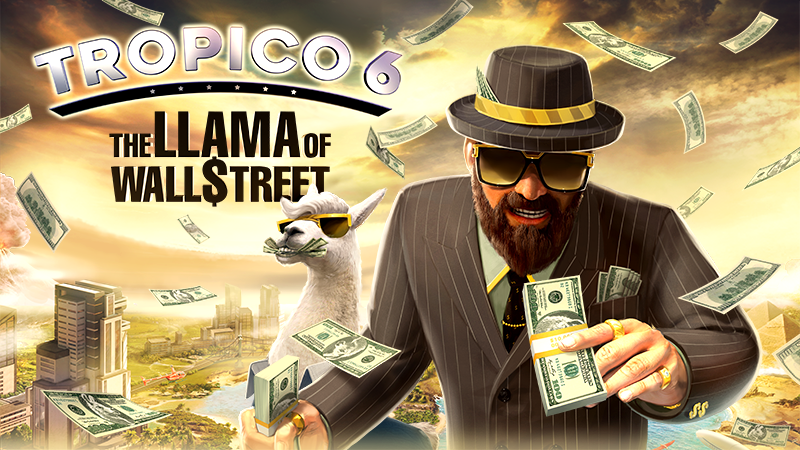 Strategy specialists Kalypso Media and developer Limbic Entertainment have today announced the release of both Tropico 6’s first DLC, The Llama of Wall Street, and Seguridad Social – the seventh free update to the beloved dictator simulator.

Tropico 6 – The Llama of Wall Street adds an array of new in-game features to Tropico 6 such as stock market manipulation. Using the Trade Institute building, players can directly influence the in-game economy by altering the value of goods such as shellfish, tourist fees, or even a dictator’s favourite, uranium. The DLC also adds random economic events. Greased with Arabian Oil sees a hefty tariff added to goods traded with the Middle East and USA, whilst The Brink of Chaos event inflates the value of weapons, canned goods, steel, and other items instrumental to surviving an apocalypse.

The Llama of Wall Street also expands on Tropico 6’s existing content. Alongside the Trade Institute building, the DLC adds the industry-boosting Toy Workshop, and the Smart Furniture Studio. Check out the full feature list below for a run-down of the DLC and the Seguridad Social update. 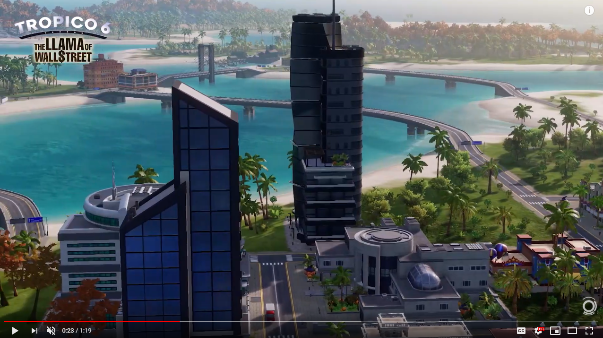 About Tropico 6 – The Llama of Wall Street DLC
The Llama of Wall Street DLC features a wide variety of new features and mechanics. The price of goods will now succumb to fluctuations and trends in the global market, and players will be able to make use of new buildings, such as the Trade Institute, to play the markets and even manipulate export prices. It also adds new missions, events, additional customisation options and edicts.

Join forces with your very own stockbroker and satisfy your inner white-collar mogul, taking over the US economy and helping establish Tropico as a global mega-brand. Play the markets and sabotage Wall Street as you unravel the sinister secrets of The Broker and work to become the ultimate corporate llama among wolves.

Tropico 6 - The Llama of Wall Street