Fame and Infamy in 280 Characters: 'Spitter' DLC For Tropico 6 Out Now 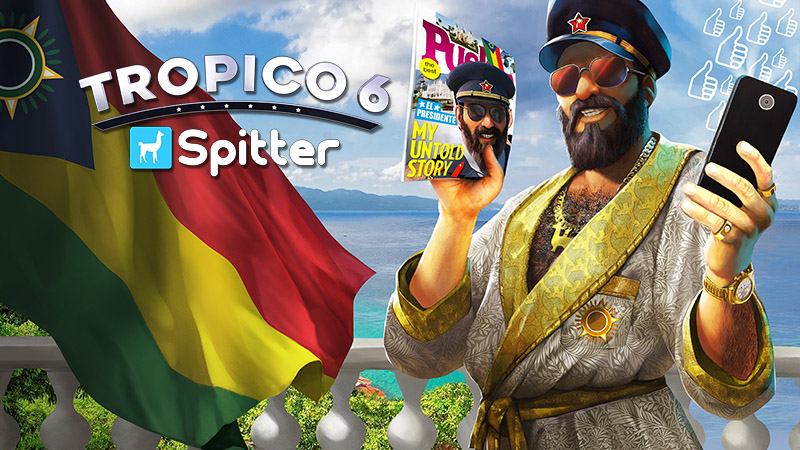 Spitter DLC adds a new fame feature to Tropico 6. Using Spitter, the only social media app approved for use in Tropico, players can make a name for themselves through interactions with faction leaders, courtships with influencers and connections with celebrities. They can also build new attractions such as the Rehab Center and Beauty Farm to ensure that citizens and visitors have everything they need right at their doorstep.

Check out the Kalypso Store and the feature list below for a full run-down. 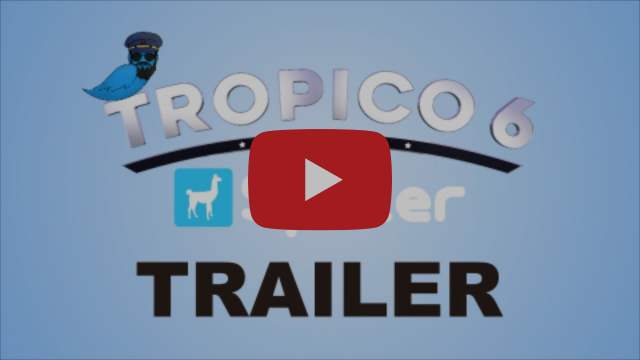 In Spitter DLC, it’s all about the fame and prestige and nobody knows this better than a self-declared despot...uh, statesman, such as El Presidente. Tropico 6’s second DLC skyrockets players into the world of stardom and illustriousness. Interact with superstars by using Spitter, the only short message social networking app officially approved by the Tropican Ministry for Modern Communications & Smoke Signals. Court the stars to gain their support, unlock their individual strengths and in turn, receive even more respect and adulation from subjects. But beware - fame and money can also attract some seriously shady types…

At the heart of Spitter DLC is the new Spitter mechanic, which allows players to interact with celebrities and faction leaders via social media to increase their social standing. Use new buildings such as the Rehab Center or Beauty Farm to attract celebrities and make them permanent citizens of Tropico. Plus, enjoy even more content with three additional music tracks, more customization items and a new trait for El Prez.
Tags: Tropico 6, Tropico, El Prez, El Presidente, DLC, Spitter, Kalypso Media, Release, Additional content, new
Write a comment
Related products
DLC