The Kalypso Media Group is thrilled to announce that it has secured all rights to the highly-acclaimed fan-favourite gaming IP, Commandos. With this latest acquisition, the entire Commandos brand is completely owned by Kalypso Media, which not only covers future releases but also all distribution rights to the entire series thus far, including Commandos: Behind Enemy Lines, Commandos 2: Men of Courage, Commandos 3: Destination Berlin and Commandos: Strike Force, as well as Pyro Studios’ other titles, such as Imperial Glory and Praetorians. 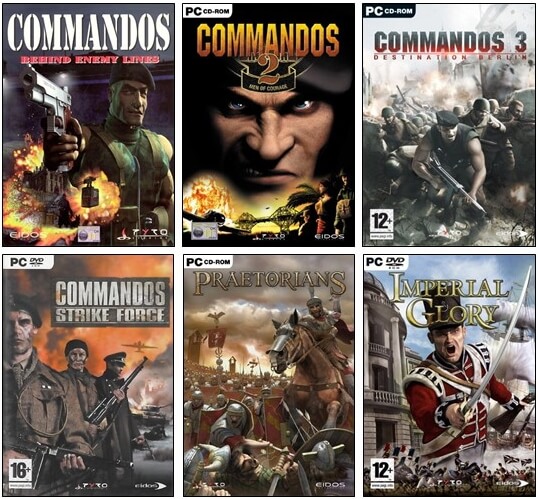 Ignacio Pérez, founder of Pyro Studios, adds: “We have been looking for a suitable partner for the continuation of our products and brands for a long time. Kalypso has great expertise and experience with rebooting well-known titles, and we are delighted to have our IP in such good hands.”

Simon Hellwig continues, “We have great respect for what the Pyro Studios team have accomplished and created throughout the history of the studio. Therefore, we see it as our responsibility to want to revive and further develop these beloved games for the fans around the world. Of course, this will include the development of a completely new games for all platforms, but also an extensive adaptation of the existing titles for contemporary technologies and platforms. We’re incredibly excited about the opportunities, and will begin speaking to potential development studios in the near future.”

Since its initial launch in 1998 the Commandos IP is one of the most popular and well-known real-time tactics series in gaming history, focusing on careful and strategic action with finely-tuned stealth gameplay. The series revolutionized the genre with its groundbreaking game mechanics, and its influence can still be felt in strategy games today.