Strategy specialists Kalypso Media and developers Yippee! Entertainment and Torus Games have today announced the launch of betas for both Commandos 2 – HD Remaster and Praetorians – HD Remaster. Beta access is exclusive to those pre-purchasing via the Kalypso Store, where players can pick up the titles individually or as a special double pack. Beta keys can be redeemed via Steam, giving immediate access to each title's breadth of content, including revamped tutorials, campaign missions, skirmish maps as well as Praetorians – HD Remaster’s multiplayer mode. Further bug fixes and improvements to each beta will arrive in the following weeks.

The full versions of Commandos 2 – HD Remaster and Praetorians – HD Remaster are set to launch on January 24, 2020 on Windows PC and in Spring 2020 on consoles. 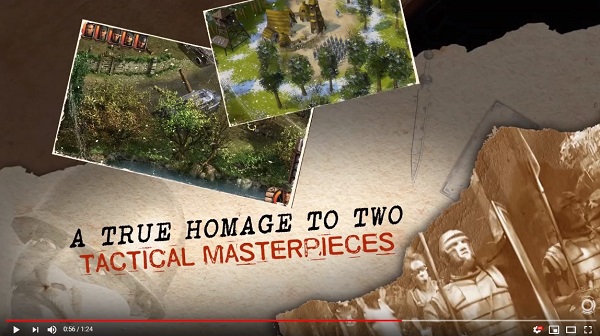 In Commandos 2 – HD Remaster, take control of an elite group of Allied commandos who must venture deep into enemy territory and utilize their combined expertise to complete a series of notoriously demanding missions. In this World War II genre-defining classic, explore interactive environments and use your commandos’ unique skill sets to complete your mission against seemingly impossible odds.

In Praetorians – HD Remaster, lead the emerging Roman Empire by proving a legionnaire’s worth on the battlefields of Egypt, the combat theatres of Gaul, and the heart of the Roman Empire in Italy, in a crusade to become Emperor. Combine units, master their varied skill sets and exploit the weaknesses of the enemy to emerge victorious.